The utopian reformers of the early 20th century used a variety of tools to help making their vision a reality. Orwell’s famous novel “1984″ introduced us to one of those tools and named it Newspeak, in this short article I will refer to this tool as Newspeak as well. The main idea of Newspeak is that as thought is worded in words, narrowing down the language to an essential minimum will help limiting the range of possible thoughts. Newspeak is designed with the intention of limiting thoughts that are not consistent with the applied doctrine (be it communism, socialism, different forms of nationalism, religion and sects, or other).

Orwell writes “…the sole purpose of Newspeak is to limit the range of thought, in the future, thought crimes will not be possible as words to word them will not exist… by that time the entire past literature shell be destroyed, Chaucer, Shakespeare, Milton, Byron ? All those will continue to exist only in Newspeak version. Their translation to Newspeak will not only make them different, but contrary to what they essentially were… The entire thought climate will be different, actually thought as we know it, will no longer exist, orthodoxy (conservatism, conformity) means not to think, not to be in need of thought”

We in Israel got Newspeak in the course of yet another utopian reform which began in the first half of the 20th century – The generation of the new Jew, the sabra, and the establishment of the Jewish state.

The ancient Hebrew language was selected as Newspeak. The dead Hebrew got a quick resuscitation and came to life; the first and second generation of sabra’s received it as a mother tongue. The number of words in the new Hebrew language was amazingly small in comparison to the living languages, the amount of written material was negligible, furthermore it was not always possible to affectively translate texts to the limited Hebrew, and the material that got translated was not necessarily readable. The Hebrew reader is invited to read any text written before 1960, and to try to understand it, it was not so much fun back then either.

Most of the philosophy, psychology, literature as well as the social and political thought created by the nations of the world prior to the declaration of the Jewish state were not accessible to the sabra, furthermore, his parents legacy was de-legitimated as exilic, The new language had a role in this as well by creating a gap between the generations. Hebrew gave Zionism a major advantage on other thought systems which were not translated, cosmopolitism, anarchism, moral egoism, hedonism, eastern thought, and many others. Take for example the beat generation and the hippie movement, how many of its writes got translated to Hebrew during the 60′s and 70′s (or during the 80′s and 90′s)? none. Zionism was not perceived by native Israeli’s as a nationalistic or separatist movement since other nationalistic separatist movements got very little or no representation in Hebrew.

The price was insane, in addition to the forced depravation in the treasures of literature and thought which are accessible in English for example, most of the Israeli’s are held until these days in a kind of a Hebrew ghetto, which like every ghetto will let you get out but only by an extreme effort. Many Israeli’s experienced it in their studies as most of the disciplinary knowledge was not accessible in Hebrew, others while looking for a job, or trying a business venture, any attempt to sell a product abroad will start with a quest for people who know English and other popular languages, people how can sell outside the ghetto.

The price of using Hebrew instead of a popular language was obviously clear to the architects of the plan. The economical foundation and with it the chances of survival of the territorial solution for the Jewish people would have been much better, had the sabra spoke an international language, yet the benefit of isolation for the purpose of building the new Jew was apparently perceived as greater. This is a frame of mind of people who engage in social programming, it’s patronizing and non democratic, we in Israel still pay the price. 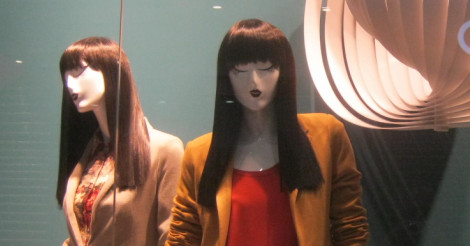 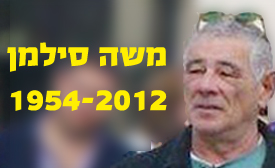